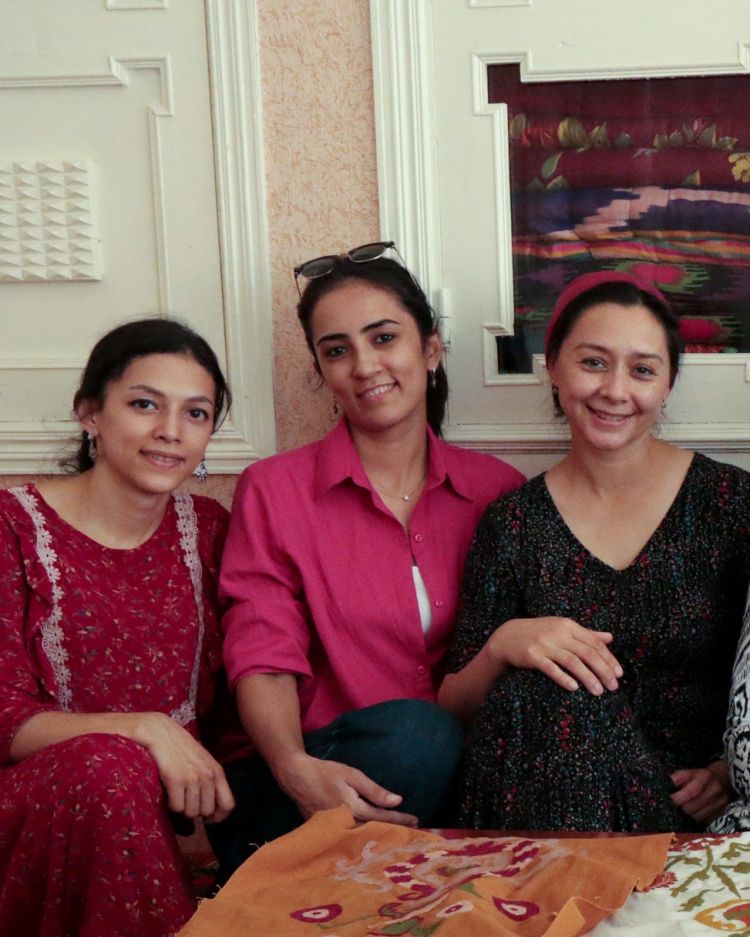 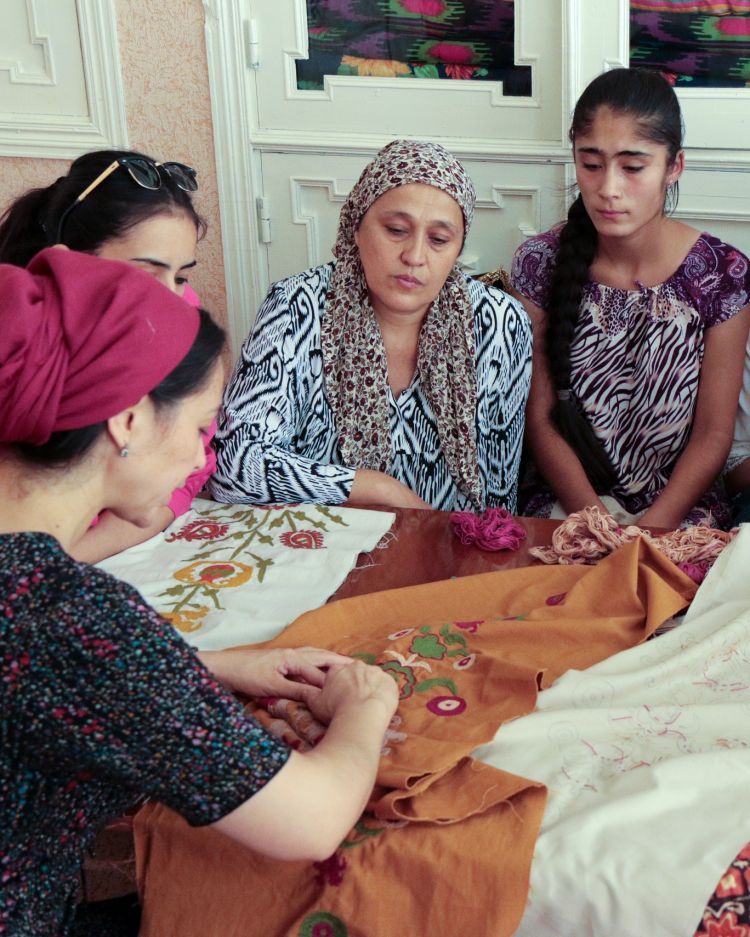 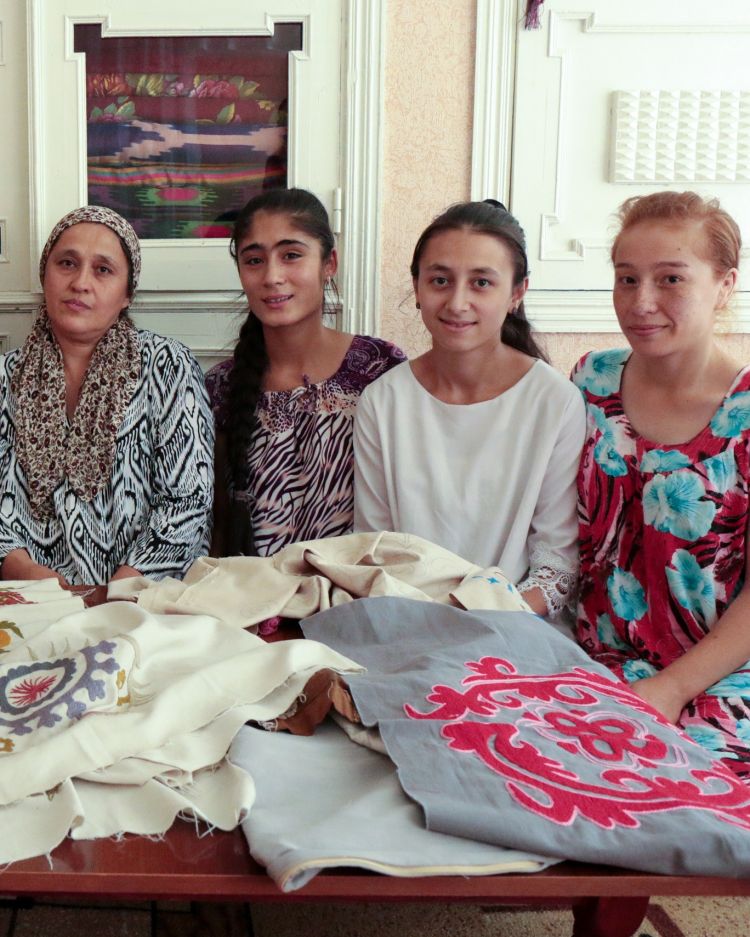 Munira Akilova comes from Tajikistan and lives in Khujand, an old city at the western entrance of the Ferghana Valley. Munira Akilova has a degree in business administration and worked in the tourism sector for several years. Working in tourism brought her back to the ancient craft of Suzani embroidery. Until 2012, embroidery was just a hobby for her, then she decided to devote herself entirely to her favourite pastime. So in 2013, she started reviving and developing the craft in the north of Tajikistan.

For about 5 years now, she has been leading the Armugon handicraft group, where various women are trained in the ancient craft of embroidery and can thus generate an income for themselves and their families. In the cultures of Central Asia, embroidering for someone means investing one's energy for that person. In earlier times, mothers and grandmothers embroidered the Suzanis for their daughters with their good wishes.

The word Suzani comes from the Persian word "Suzan", which means needle. Characteristic of the embroidery art of Central Asia are the large wall hangings that occupy an important place in people's homes and lives. The extraordinary variety of ornaments, the harmony and expressiveness of the motifs deserve amazement and admiration. For Munira Akilova, there are no clear symbols; it takes the viewer's imagination to interpret the patterns on a Suzani: In almonds a knife is guessed as a talisman, in a flower one recognises fire, a purifying element, in a tree one recognises life, longevity, health.

It takes the viewer's imagination to interpret the patterns on a Suzani. 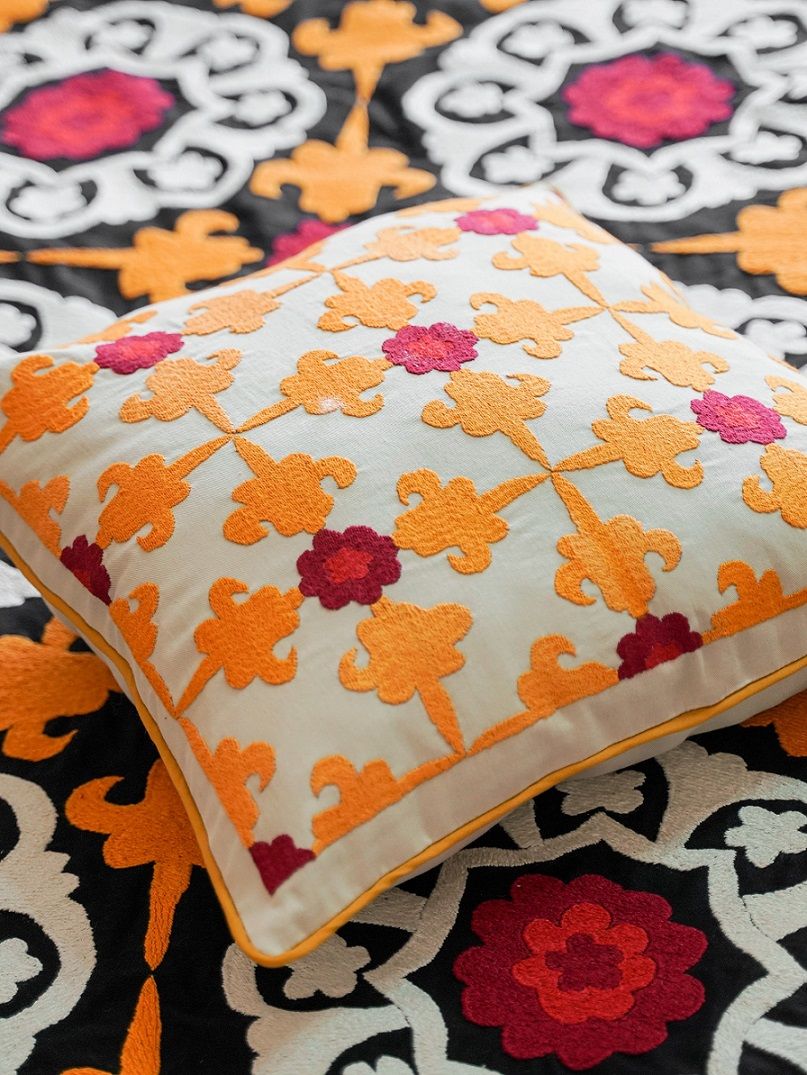 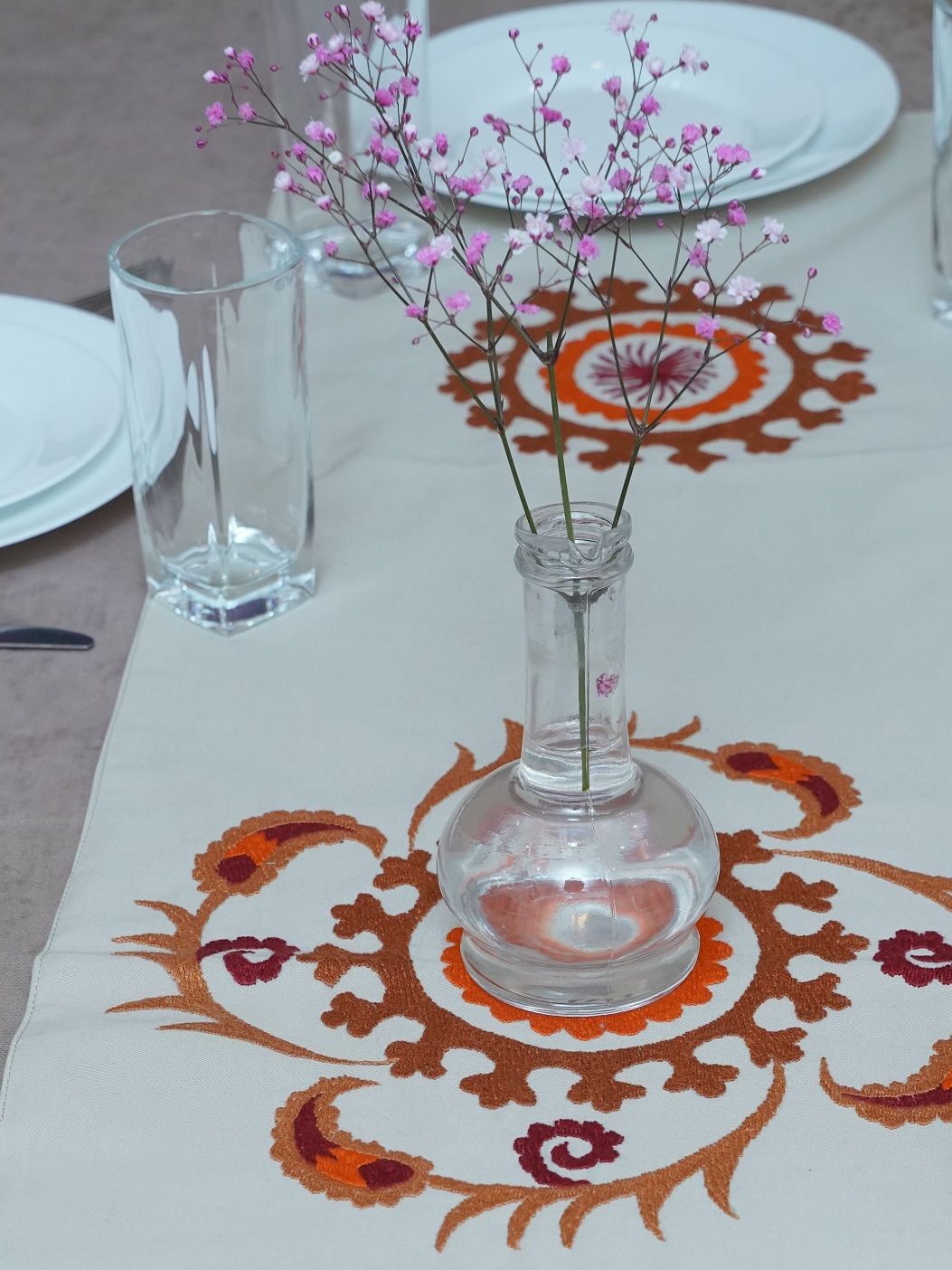 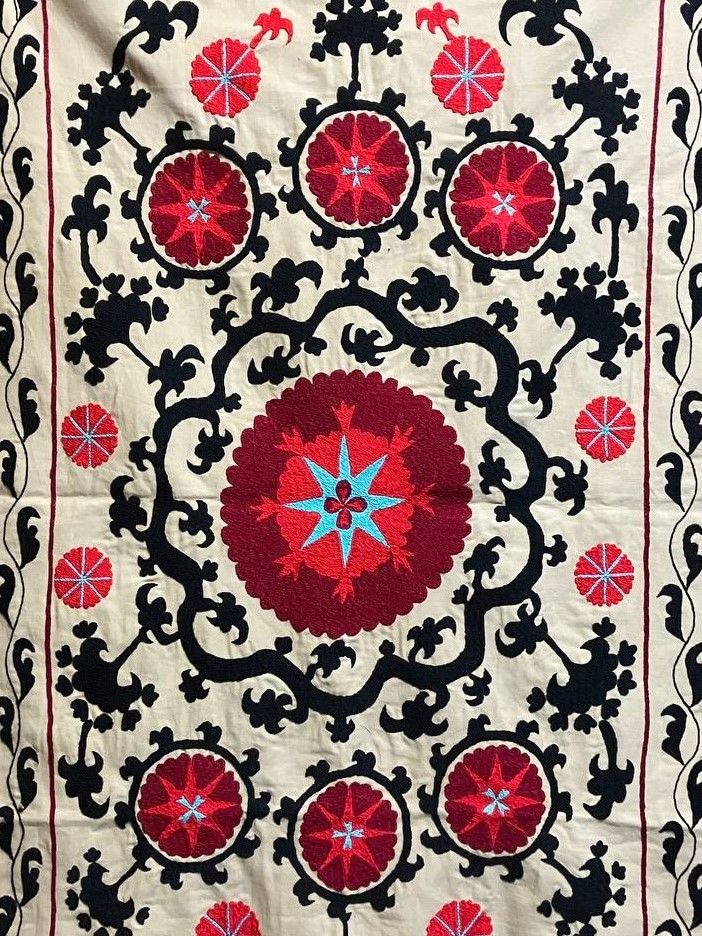 The product information will be available shortly.